Having a ball at the West Coast Eagles Kids’ Clinic!

As part of our partnership with the West Coast Eagles, a bunch of our employees’ children had the opportunity to take part in a training clinic at Mineral Resources Park and learn from elite AFL footballers. 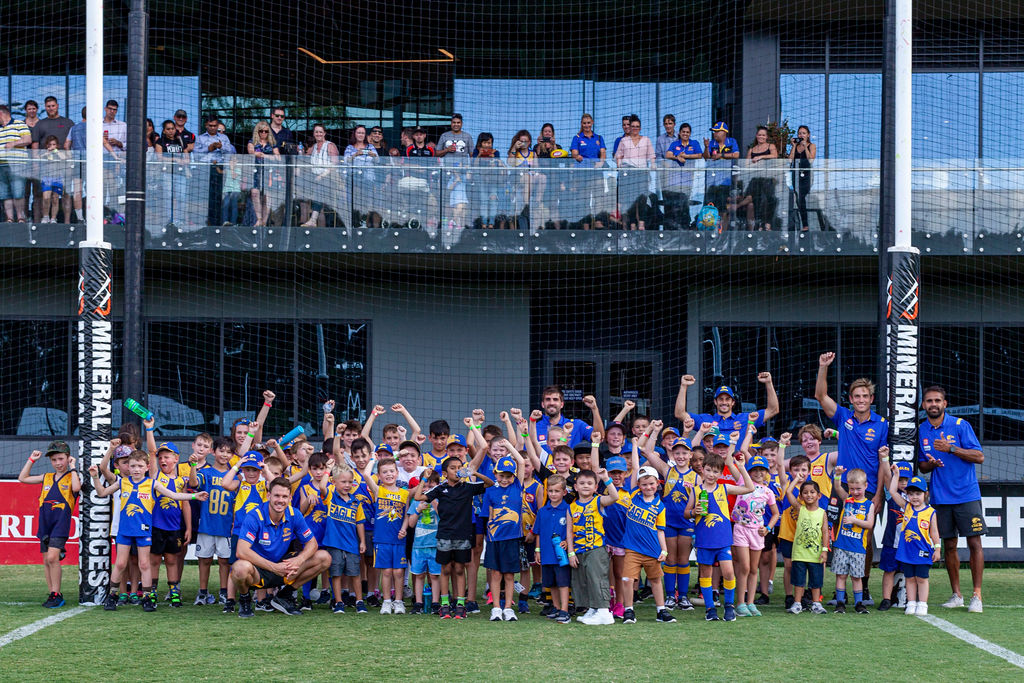 The afternoon kicked off with the kids taking a tour of Mineral Resources Park’s Indoor Training Hall before running through the giant inflatable Eagle head and out onto the field! 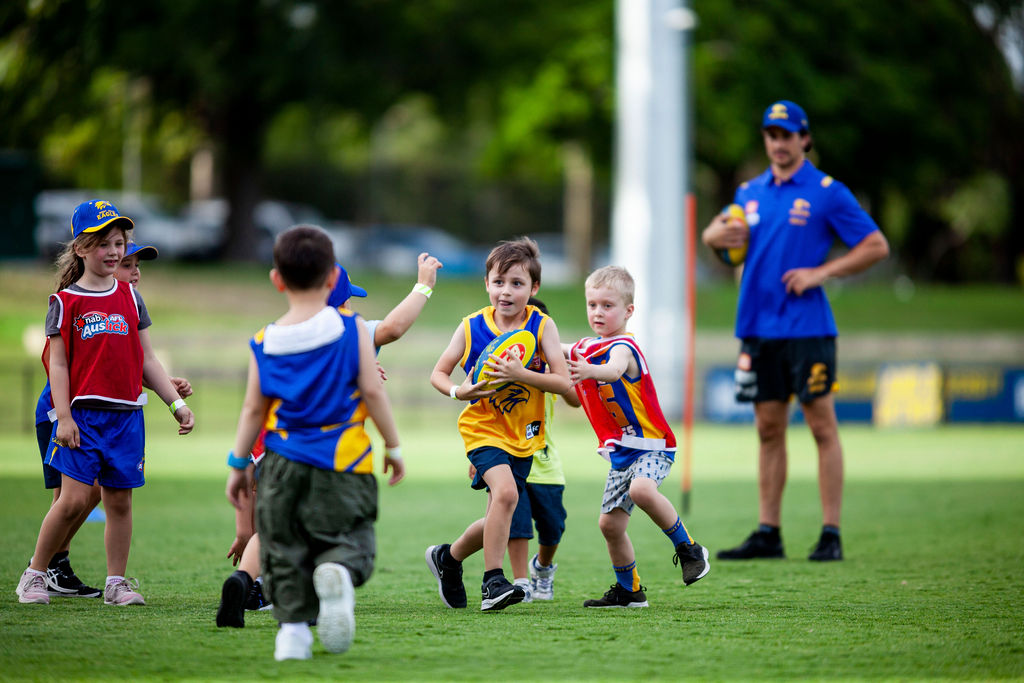 It was smiles all round out on the ground with Eagles players Lewis Jetta, Andrew Gaff, Jack Redden, Brad Sheppard and Liam Duggan taking the children through a range of fun activities, including goal kicking, handballing and football dodgeball. The kids also scored some autographs from the players as they rotated around the different stations.

Parents and family members were invited to watch on from the balcony, with cameras at the ready to capture the action, and enjoy some food and drinks.

MRL employee, Jamie-Lee, attended the event with her son and partner.

“We had a wonderful time at the West Coast Eagles Kids’ Clinic. My son was grinning from ear to ear after kicking the ball around with some of his favourite players. Thank you MRL and West Coast Eagles,” said Jamie-Lee. 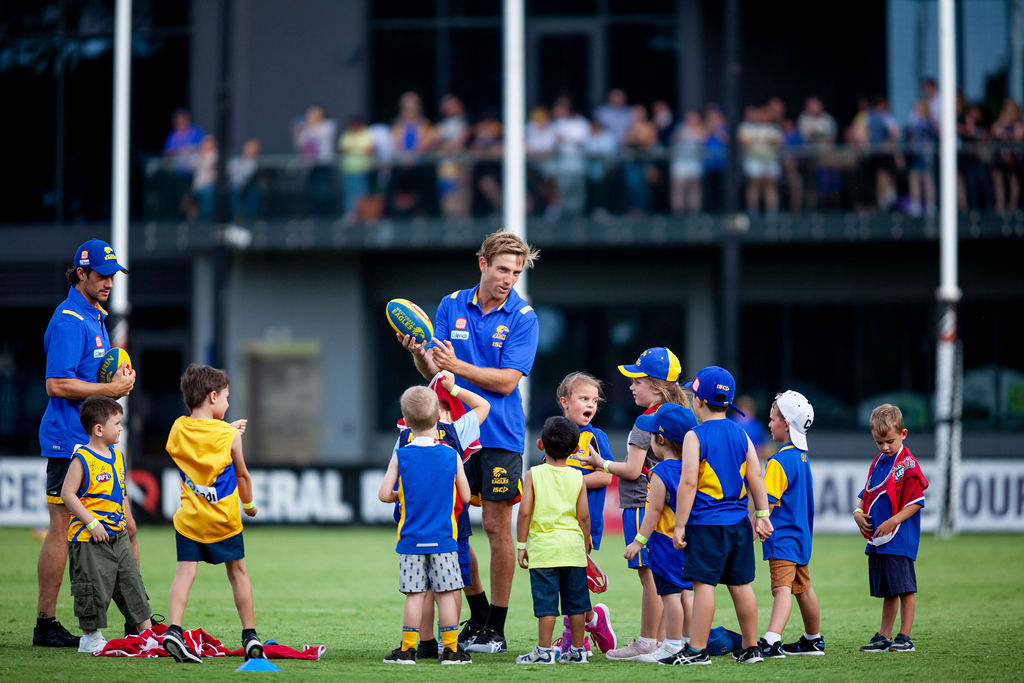 Tia, aged 8, loved getting amongst the action at the clinic, saying, “I had a great time at the footy clinic. My favourite bits were running out through the tunnel, playing games and getting some tips from Brad Sheppard on my kicking and handballing.”

Thank you to all who joined us, and to our partner, the West Coast Eagles, for making it such a successful event. 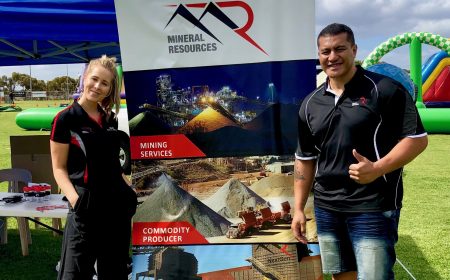 A show of community spirit in the Yilgarn