A new generation: building diversity and inclusiveness in our industry

For Mineral Resources (MRL), a diverse workplace is more than just a moral or social obligation – it’s good for business.

Whether it’s introducing young women to the prospect of a career in mining, backing female graduates to drive the future of WA’s industry or helping others to champion diversity, we’re seeing see firsthand the positive impact diversity is having on our workforce and business.

Together with targeted strategies supporting MRL’s gender balance efforts – including traineeships, mentoring opportunities and ongoing assessment of our gender diversity performance – our focus remains on helping quality talent grow their career with one of WA’s most innovative and agile mining companies.

Get to know just some of the women who are part of a new generation of miners leading the charge towards a more diverse, inclusive and vibrant industry. 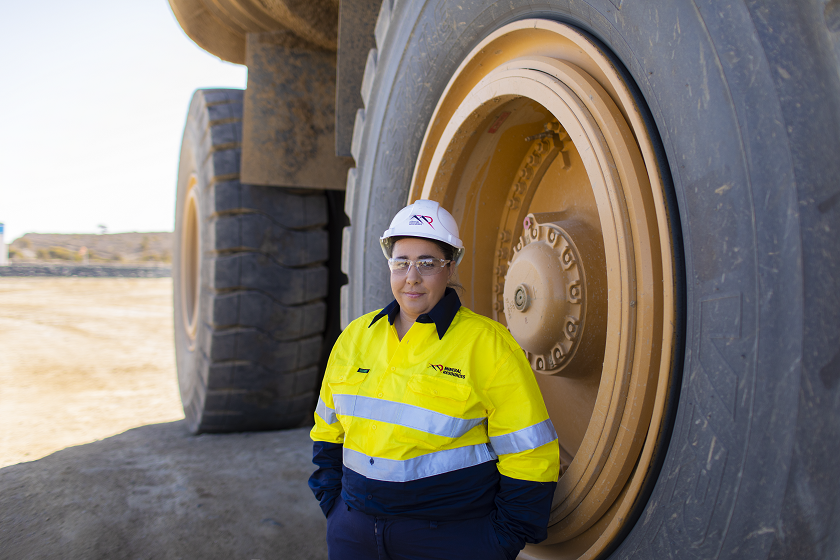 The cat 785D mining truck can carry 150 tonnes and has tyres taller than a grown man.

When she’s sitting behind the wheel of one of these beats with pop music blaring and the road to herself, Anna Lee Winmar, 32, feels on top of the world.

After nine years working as a FIFO cleaner, she made the leap to working on the mines and couldn’t be happier.

The FIFO life requires a lot of sacrifices, but she knows she is forging a better future for her daughter and her new role fills her with joy.

“They’re huge, the Cat 385Ds” she says, her enthusiasm for her new vocation shining through.

“It’s crazy but it’s good. I was very nervous at first. I thought, ‘oh God, people are not going to like me. They’re going to shout at me and stuff.’ But I love it and I love driving. I never used to.”

Anna works a two-and-one roster, flying to Kalgoorlie for two weeks at a time then returning home to Perth for one week off.

She relishes time at home. Being away from her 14-year-old daughter, Rashaye, is hard – even though they talk every day.

“I was 18 when I had her, so I pretty much sacrificed my life to make a better life for her”, Anna says.

She has previously worked on sites that were “a bit seedy”, but that isn’t the case now.

Anna spent eight years trying to get her foot in the door here and says she’s finally in and loving it.

“The crew’s good. The people, they make it. It’s pretty much a second home.” 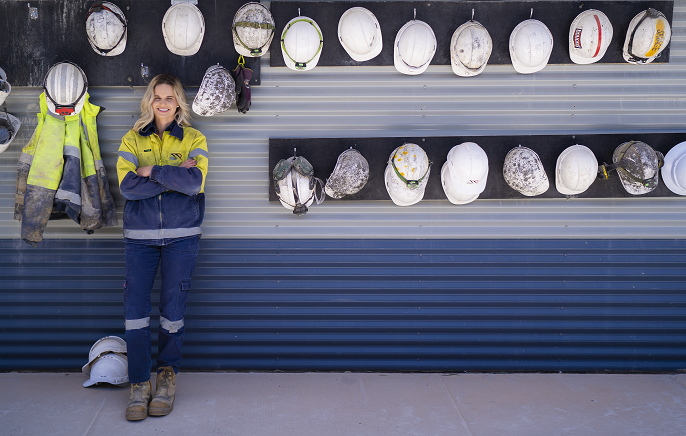 Elle Smart planned on being a dentist until she took a job on a mine site during a gap year and fell in love with the work.

“They have this amazing equipment they used to recover the really fine gold and I remember seeing these floating bubbles of gold and thinking how incredible this process was”, Elle says.

“They were taking a dirty old rock and making it into this gorgeous gold bubble, and I was sold straight away. I applied to switch my degree”.

Now a senior metallurgist at MRL’s Mount Marion lithium mine, Elle loves her job but isn’t blind to the barriers that discourage women from pursuing a career in mining.

Straight out of school she landed on her first mine site and found she was the only girl in the camp. Having grown up with a geologist father and a big sister, Elle says she didn’t have the “shock factor” other women might.

“I worked alongside my sister early on and remember thinking ‘wow she’s holding her own and arguing and getting a point across’. So I knew I’d be fine, because if she can do it, I can do it,” she says. 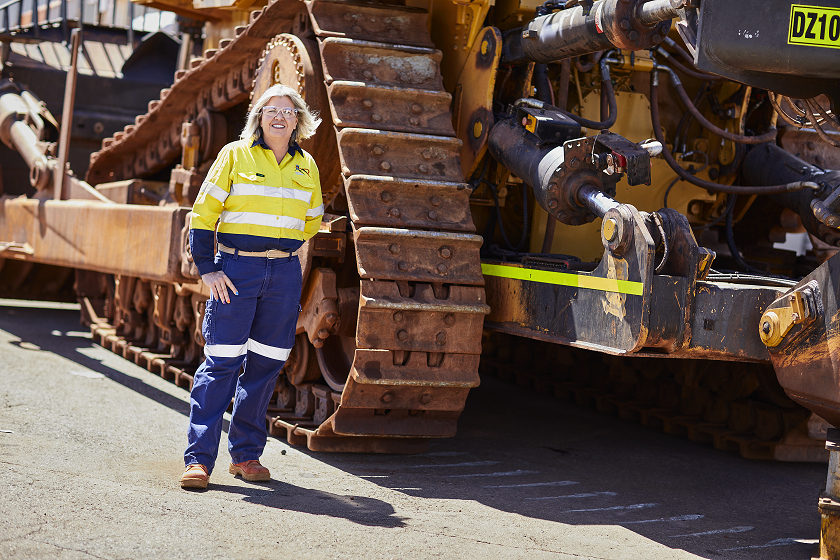 “From a very young age I learnt to say ‘stand up, even though your knees are shaking’, or say, ‘hey, I don’t like that’”, says Candice Burvill, a First Nations woman who grew up amid the rugged beauty of the Pilbara and began working in mining at age 19.

The company where she was previously worked presented itself as safe and inclusive, but she knew that wasn’t the reality for Indigenous people. Racism was rampant and in the end the hypocrisy got too much – she had to walk away from a job she loved.

“I gave notice over what I didn’t think was right”, she says.

“They were promoting something that I didn’t see on the ground.”

For years, Candice, 51, pursued other opportunities. She walked the beat as a cop in Kalgoorlie and even ran her own business, but she says the Pilbara draws you back.

Now she’s out there again, working as a MRL’s Community Engagement Officer with Indigenous businesses and individuals, creating pathways to work and economic empowerment. It’s a role she wishes existed when she was starting out.

Candice says she has seen reform in mining and that gives her hope.

“We’ve still got a very long way to go, but it’s supported from the top down”, she says.

Meanwhile, she is determined to empower the workforce from the ground up. She knows if she can help someone to find a role that’s right for them, it can make a difference for their family and their community.

“I like to get out and meet people, do that face-to-face”, she says.

“As they progress, their confidence seems to build. It’s about making a connection to someone seeking work and saying ‘don’t give up, there’s going to be someone who believes in you’”. 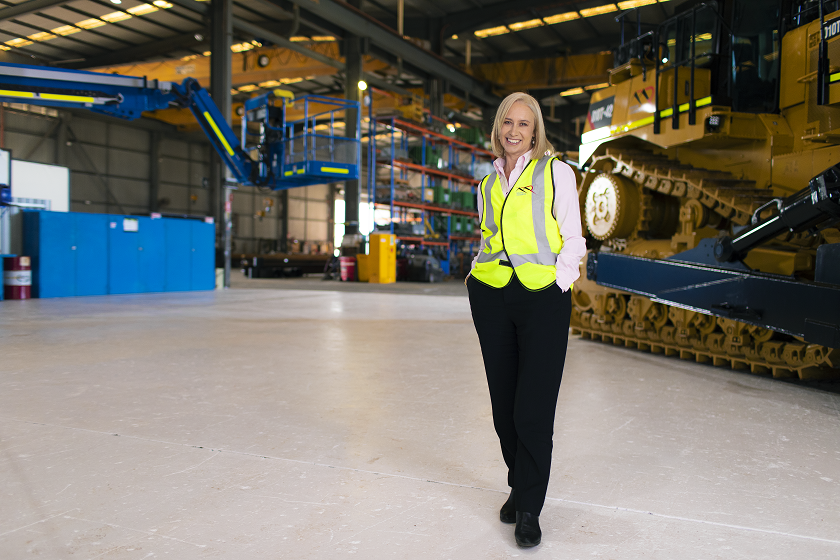 Susie Corlett arrived as an eager young geologist on a Tasmanian mine site in the early 1990s, only to be confronted by an angry mob of miners who refused to work with a woman underground.

The burly men actively protested her presence, insisting that a woman would upset the protective spirits in their mind. For Suzie, it was confronting scene.

Watching senior executives break up the rebel, she realise life as a geologist was going to be tougher than she’d anticipated.

Raised in a family of boys, Susie was not deterred for pursuing a dream career in mining exploration by the industry’s reputation. But the protest at the Tasmanian mine was just a first in a long line of challenges.

When she was younger, she missed out on opportunities because the employer “couldn’t see a young blonde woman doing the job”. Later, Susie was passed over for leadership roles and told she was ineligible on account of being a female.

But she believes mining is a fantastic career for women and is a senior leader she has been in the trenches making change.

“It’s no coincidence we have seen a shift in the culture of the mining businesses as we’ve seen the step up in female directors sitting on boards”, she says.

“As a woman who has worked in mining for 30 years, I’m loving that this conversation is now happening.”

And Susie wants other women to have those opportunities, too.

“I hope that, in 10 years’ time, being female in mining is such a normal part of the landscape, it’s totally unremarkable.”

Looking to kick-start a new career with one of Australia’s most agile mining companies? Browse our current opportunities on our Careers page. 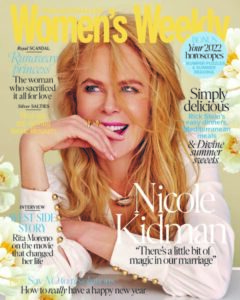 Portions of this article were originally published by Australian Women’s Weekly (January 2022 edition, written by Genevieve Gannon) and have been re-published with permission. 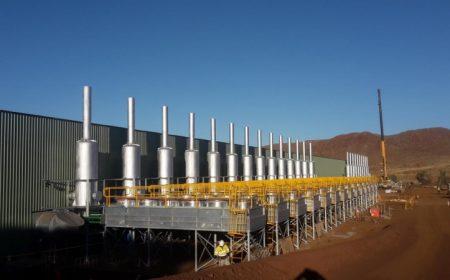 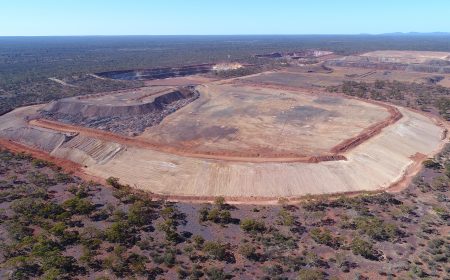 Rehabilitation in the Yilgarn