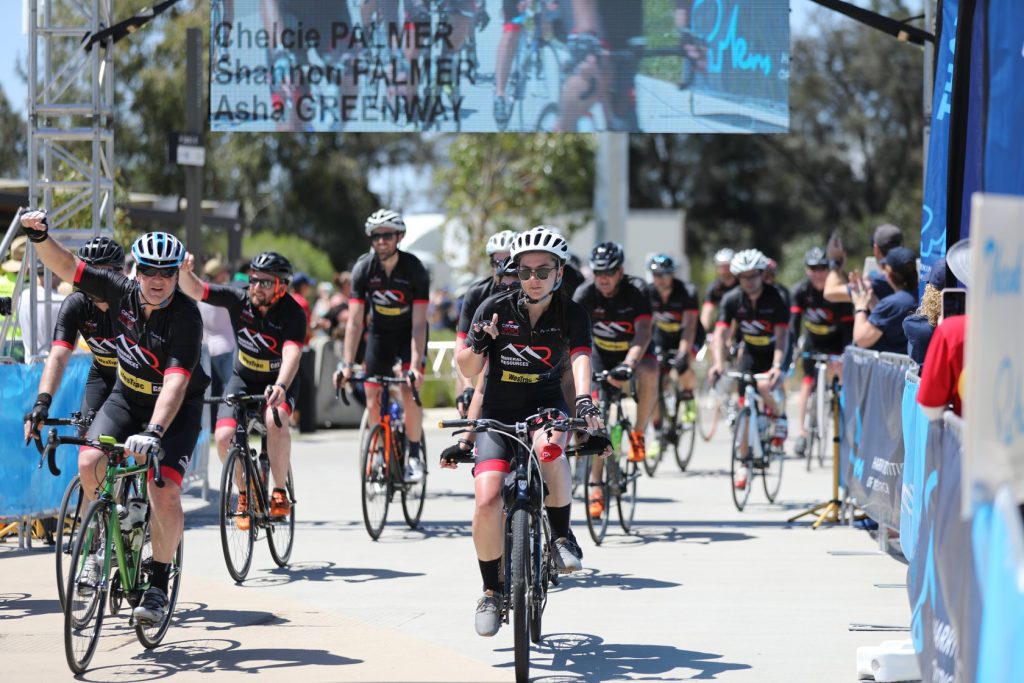 A team of 21 MRL employees joined forces to participate in the 8th Annual MACA Cancer200 Ride on the weekend of 26-27 October to raise more than $113,00 for important research at Perth’s Harry Perkins Institute of Medical Research.

It was a massive effort by the team, who covered a gruelling 200-kilometre round trip in just two days, including two of our employees deciding to ride tandem!

The MRL team raised a final total of $113,596 – a figure that exceeded their goal of $100,000 – and these funds will go directly to the Perkins Institute to benefit cancer research.

“The weekend was extremely well-organised and we all had a great ride and were able to ride the final 15kms together to cross the finish line at Optus Stadium as a team.”

“For many, the ride was a deeply personal experience due to the cause, and knowing we had been a part of something much bigger than each of us as individuals made crossing the finish line all the more special,” he said.

After a long first day, riders met at the Mandurah halfway mark where they received recovery massages and yoga classes before heading to Saturday night dinner, complete with an 80s band and presentations.

The majority of our team stayed in the event tents provided on the Mandurah foreshore to be close to the action, ready to jump back into gear early Sunday morning.

MRL also proudly provided the cyclists’ outfits for the team to wear during the event.

“There is nothing as powerful as a group of people mobilised behind a deeply personal cause that drives them to achieve things they thought impossible,” John said.

The MRL team are extremely grateful to the following companies for their support in helping them achieve their fundraising goal: