Mineral Resources is leading the way in catering in WA!

Any high performing team excels on good food and MRL camps provide the best food in the WA mining industry. Recently we interviewed some of the head chefs at the MRL camps to find out the secrets of their success.

Nimesh Patel, the head chef at Koolyanobbing Village, believes that the food that MRL provides is the best, because he is given a higher budget to work with than his competitors. Working with management, Nimesh handpicks most of the food suppliers and ensures that only top quality ingredients are used. Food aside, Nimesh acknowledges that the winning ingredient in the catering is the sensational kitchen team that prepares the food.

Pablo Jeremias, the head chef at Mount Marion Village, says his secret to the high quality food at the camp, is also his sensational team and the great working environment.

Dean Julian, the head chef at Windarling, which is located north of Koolyanobbing, acknowledges that his higher catering budget lets him and his team provide four protein-rich meals every night (instead of the usual two) and this is one of the main reasons why MRL’s food selection is better than at other camps.

Our MRL chefs say that their most popular meals are definitely the high protein dishes, ranging from slow-braised BBQ glazed pork ribs, to curries, to crusted lamb rack, schnitzels and seafood baskets. Themed food nights are also popular across all villages, with our FIFO workers being treated to seafood nights every Friday, BBQ’s on Saturdays and roasts on Sundays. 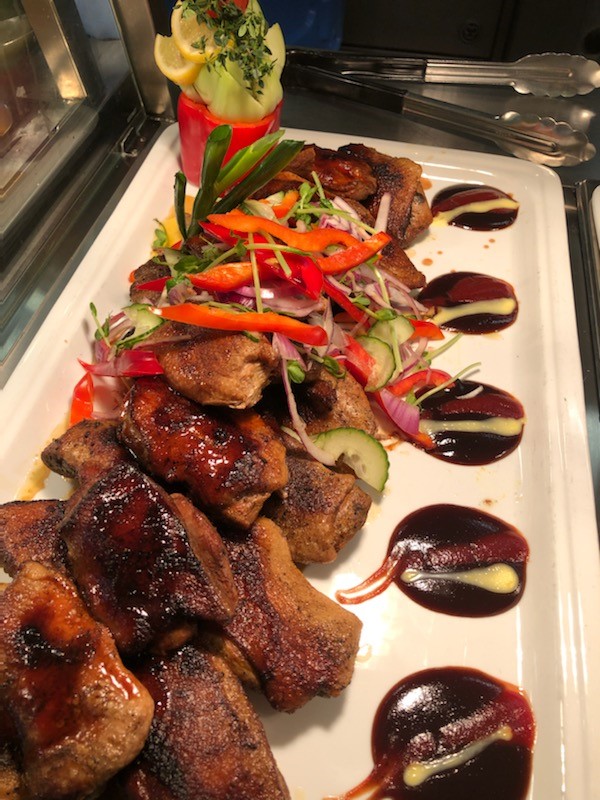 Our MRL chefs come from a range of backgrounds including cruise liners, hospitals, and other camps providers. All our chefs say that their menus include provision for employees that have special dietary requirements. They encourage anyone that is new to the camp to let them know so that they can cater for them.

So, here’s a big shout out to all the chefs and their teams for their hard work, cooking for our workers every day of the year. We can certainly pride ourselves on keeping our people well nourished, knowing we’ve the best food in the industry!

Mineral Resources is committed to diversity and inclusion and strives to provide equal opportunities to all. Our Diversity […]